The Chess Academy had a competitive chess match with EXP, one of the best youth chess clubs in Spain on a Sunday afteroon. Both teams had 4 players, and during all the match we could see each other using cameras to make it as real as possible, considering we were more than 10,000kms away from each other. This is the first time a Hong Kong chess club takes part in such event, and the result was so positive that we have already received many new invitations from other clubs that want to challenge us.

The Chess Academy team was made by 4 rated players that are amongst the best in Hong Kong in their respective age groups. Let’s take a look at the results board by board:

Board 1: Bernardo Rebollo (Spain-1819rating) vs. Andrew Ng (Hong Kong-1744 rating) 0.5-0.5
The game was a draw after Andrew could not hold onto an extra pawn he won in the opening. His opponent found a chance to do perpetual check when all the other options were losing for him. Good game from both of them, playing this way their rating will go even higher soon.

Board 2: Benjamin Oh (Hong Kong-1838rating) vs. Pablo Ferreiro (Spain-1757) 1-0
Very strategic game, where both players got into time trouble trying to find the best ideas in the middlegame, and when they were both playing with less than 5 minutes on the clock, a very smart double attack by Benjamin decided the game in favour of The Chess Academy Team.

Board 3: Juan M. Martínez (Spain-1535rating) vs. Ronald Choy (Hong Kong-1601rating) 1-0
This game was a good quality one. After a very well played Sicilian Defence, the position got very complicated, and when it looked like Ronald would promote a protected passed pawn (he was only 2 steps away from getting a new queen), his opponent found a very nice series of attacks on Ronald’s Queen that in the end had no safe place to go, forcing Ronald to resign.

Board 4: Martin Martínez (Spain-1254rating) vs. Steven Kong (Hong Kong-1457rating) 1-0
The last game to finish, leaving all the pressure on the shoulders of this really young players (only 9 years old). Steven played a very good opening, got an extra pawn and then his opponent reacted brilliantly using all sorts of tactics (pin, discovered attack, deflection), that ended up with Martin being a bishop up. Steven didn’t give up, tried to exploit his opponent’s weak king and was close to checkmating him. The time was running out for both players, they both had less than 10 minutes, and they knew the match was going to be decided by their game. All of us would have been nervous in that situation, but they stayed calm, and only when the time was really low for both (less than 3 minutes), they made some mistakes that saw Steven getting a winning position but when he just had to take the last 2 pawns from his opponent and promote a queen and win, he lost on time. A very tough way to lose a game, but we are all very proud of Steven, who fought hard for the team, and he will get his revenge the next time!

After the game we could talk with the other team and share some comments about the games. We thanked them for playing with us, shook hands virtually and let them know that we will challenge them again.

The Chess Academy is delightful to this experience, that help our players to meet new friends from other places in the world that share our same passion for chess.

If you want to take a deeper look into the games, go to our chess club in chess.com Hong Kong TCA Club. 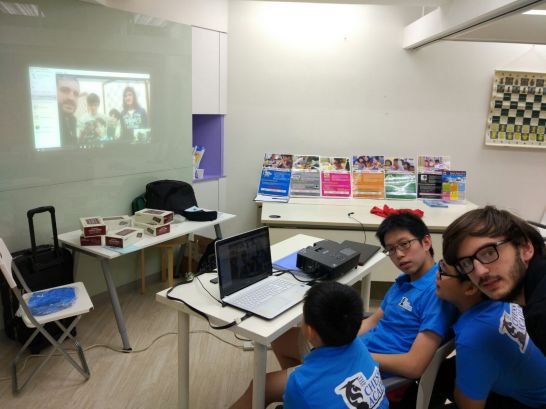 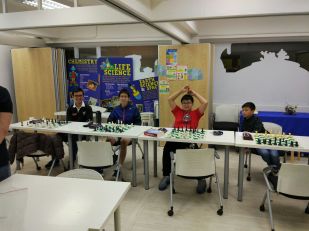 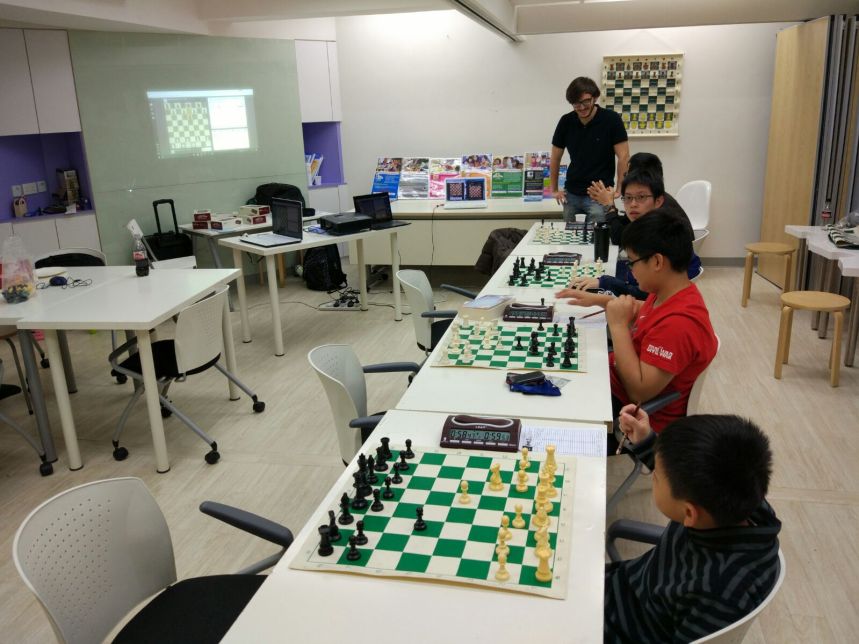 To celebrate the joy of Christmas, The Chess Academy held a special event for kids on Dec 18, 2016.

Our TCA players and other chess lovers enjoyed themselves playing all sorts of different variations of chess: standard chess, blitz, bullet… You should have seen our friend Marcus Li, playing faster than lightning!

The star game was transfer chess, all the kids tried their luck playing in pairs and exploring all the excitement of this game. When it all seems lost, you can always receive an extra piece from your teammate that can save your game and make your team win. All of them did great but if we have to pick a team that showed they have very good chemistry and partnership, that team is the one made by Noah Misichita and Nathan Chang. These very young and talented chess players remain unbeaten that day, an impressive achievement. Well done, boys!

We also had drinks, snacks and lots of pizza for everyone that helped to get back some energy and keep playing their favorite chess games.

Stay tuned, The Chess Academy will have a lot more chess events coming in 2017!

On Dec 11, 2016, The Chess Academy of ActiveKids held the 8th Annual End of Year Tournament.

We would like to say Congratulations to the Winners and well done to all!

Also a BIG THANK YOU to Checkmate Pizza (Kennedy Town) for sponsoring the delicious pizza. 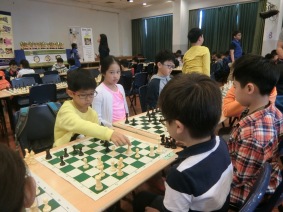 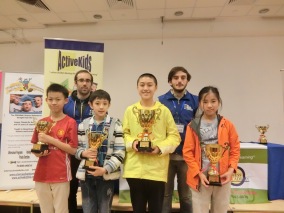 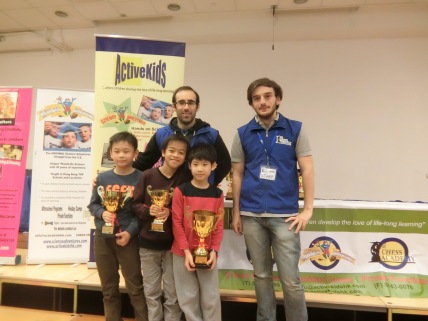 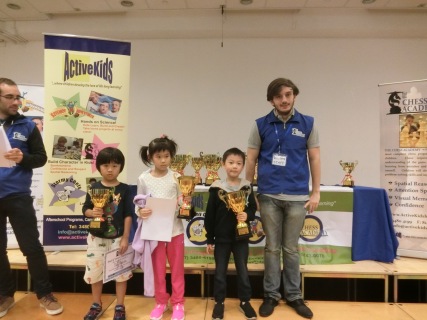 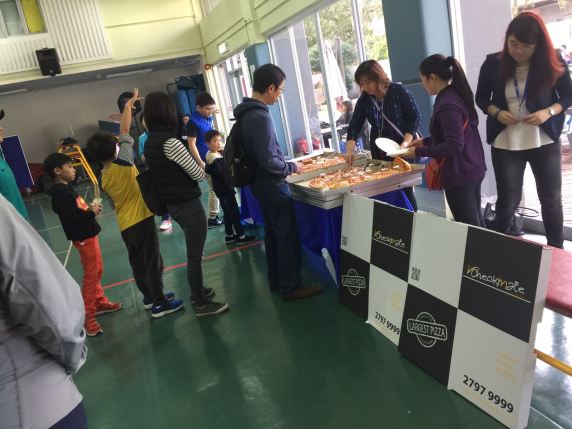 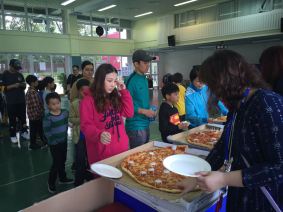 Below are the results of each section.
* Students being coach by The Chess Academy

The Chess Academy Coaches scored great success in the Hong Kong Open Chess Championships 2016 which was held from Oct – Dec 2016.

Don’t miss out The Chess Academy Summer Camps 2021 for a Great Brain Workout! 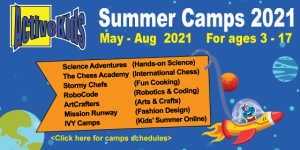