Today we had some amazing moments during the first ActiveKids TCA Grand Prix. Again, the Grand Prix series is a 10 round tournament being played online on the Lichess platform. In the first round we had 12 players in total, and some 66 games between all were played in 2 hours!

Here are the standings and highlights for Day 1:

Game of the Day:

Here White played 18. g4 , attacking the Knight in h5. Black ignores the threat with 18…Bxe5 and after 19. gxNh5 Bxh3!! with a discovery attack on the Knight in d4 and attacking the rook in f1, not just that, White’s King is now very exposed! Black went on to win in 9 more moves.

Another big moment of the day was the next position between Randy vs Grand Master Andres Gallego, Randy managed to achieve an impressive winning position that was spoiled by time pressure!! Anyway it is remarkable of Randy’s performance on this game! Well done Randy! 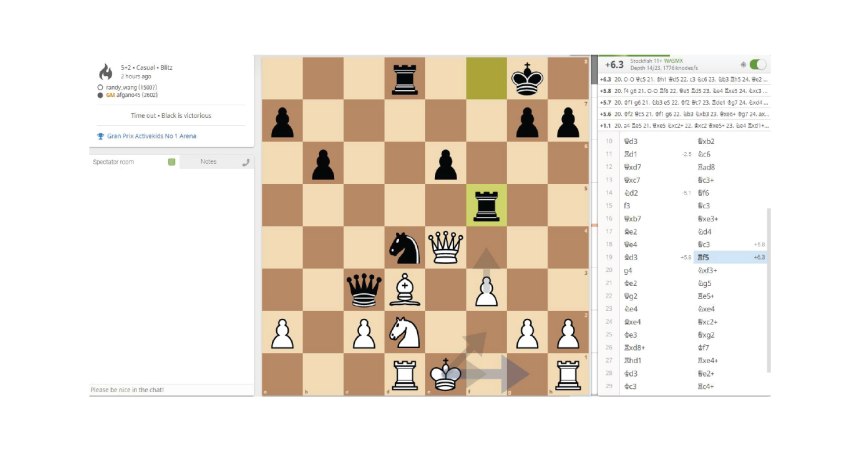 TIP OF THE DAY WITH GRAND MASTER ANDRES GALLEGO

Next position was achieve in the game bruce-qin vs Zig_Hon2008 White play 1.Bxb8?Opening mistake! Remember guys we don’t trade our developed/active pieces for pieces that still don’t play. Nb8 is not threatening anything still. An extra tip, Bishops are usually slightly better than Knights! Be careful when you trade them! 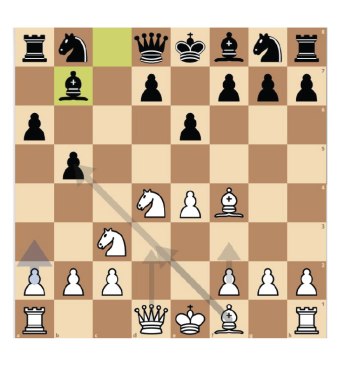 In order to create a good learning experience with this tournament, we have decided to implement thematic openings, meaning you will begin a game from a certain position! For day 2, we will practice the Sicilian Dragon . Position below:

Have a good day and remember tomorrow’s tournament is at 10am! See you there!